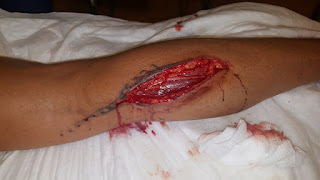 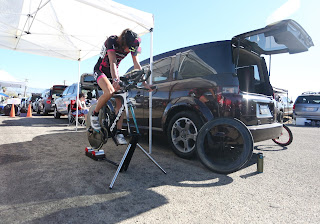 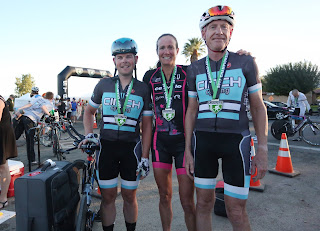 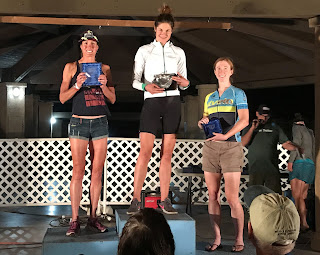 “Sometimes You Kick and Sometimes You Get Kicked”. Last Saturday at Oceanside 70.3 (half Ironman), I experienced both. I crossed the finish line first in my age group by 6 minutes, and was second overall amateur female. This re-qualified me for my pro card or gave me the option of taking a slot to the World Championships as an amateur. However, within minutes of finishing the race, I found out that I was disqualified for going 27mph on a downhill which had a 25mph speed limit. Ironically, the pro’s had a 35mph speed limit and I had at that point passed 4 female pro’s who had started the race 8min ahead of me. To say I was kicked pretty hard is an understatement.

However, I have to thank my amazing coach, Tom Danielson and Cinch Cycling for getting me to the start line fit and healthy, and for putting it in perspective that this is just a stepping stone along the way. It’s been a hard fought battle to get back racing competitively again after having bilateral hip surgeries in 2012 and a foot surgery in 2014. Back in October when I approached Tom to coach me, I was contemplating giving up triathlon after an injury plagued 2016 which I thought was the final straw. I probably insulted him when I said I wanted him to coach me because “I figured I had nothing to lose”, but it really was either that or retire from the sport. In the last six months, he has not only gotten me back racing long distance triathlons again, but he’s got my run distance and run speed back to where it was in 2011. To say “thank you” does not do justice to what an amazing coach he is and how much he has helped me over the last six months. Sometimes it’s the journey, and not the destination. Onwards and upwards through the rest of 2017! 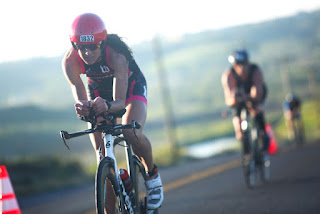 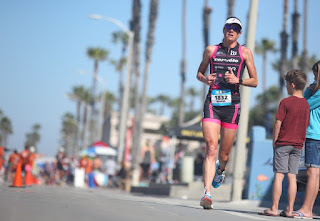 Posted by Unknown at 8:56 AM No comments:

As the triathlon season has been winding down, I decided to do a bike time trial which caught my attention about this time last year. I had never done a bike race before, so why not jump into 6-hour World Time Trial Championships? The race is part of the RAAM 6hr-12hr-24hr World Ultra Endurance Championships held in Borrego Springs, Calif, just east of San Diego in the Anza-Borrego Desert. I really had no excuse not to go. I've always had a bike time trial on my bucket list, it was less than 2hrs drive from San Diego, I had good bike fitness after biking at altitude in Boulder all summer, and compared to the 12hr and 24hr time trial options, was six hours really that far?

The 6hr TT started at noon on Saturday and would finish at 6pm that evening. We started on an 18 mile circuit in the heat of the day (91 degrees), and my plan of only stopping once throughout the race to refill my bottles was quickly changed when after two laps, my three bottles were empty. There were no aid stations on the course, but instead there was a "pit" at the start of each lap where our support crew could hand off bottles, food, etc. After the first two laps, I ended up stopping each lap to refuel, going through 14 bottles in total by the end of the race!!

For the last 90 minutes of the race, we were directed onto a shorter 4.8 mile loop to ensure more accurate finish miles since only full laps would be counted at 6pm. My main competition in the race was Rachel Holzer, a gold medalist at the Pan Am Games in the masters time trial. Unfortunately, she started a minute ahead of me as I was in the last wave, but we had a pretty good race going on between us nonetheless. At one point, her lead over me was 5min, then down to 3min in the last 90 minutes, and by the end of the race I was just a little over a minute behind her. Chasing her in the last hour was a hard way to finish a six hour race, but as they say, "you're only as strong as your competition" and I definitely had a better race because of it.

A big thanks to my husband Jay for being my support crew and to my awesome coach, Tom Danielson of Cinch Cycling who has brought my cycling to a new level over the last six weeks. It's been a fun but hard last six weeks, and I couldn't be more excited about next season. Also a big thank you to my sponsors Cervelo, First Endurance, TYR, Kask Helmets, Wattie Ink, Zipp and SRAM. Onwards and upwards into 2017! 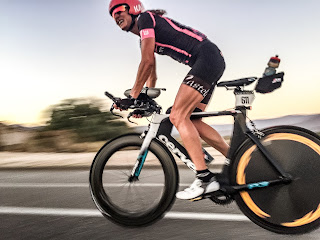 Posted by Unknown at 5:17 PM No comments:

Below are some pics from the Boulder Sunset Triathlon 10 days ago. Since my hamstring injury in the spring, I've been gradually moving up in race distance so it was nice to have the chance to do a local Olympic distance race, and one that didn't start until 10:30am on a Saturday!

The race went well and I won my age division (there was no pro race), but more importantly, I was able to be there to support one of my closest friends, Uta Pippig, who was doing her first triathlon. Uta is a former 3 x Boston Marathon winner, 3 x Berlin Marathon winner, New York City Marathon winner and 2 x Olympian for Germany. She has been of great support to me over the last 4 years since we met while both doing rehab in Vail in 2012 - she for a hamstring surgery, and I post-op bilateral hip labral repairs. She has given me ongoing support, advice and motivation over the last 4 years and has taught me that if you have the courage to dream, anything is possible.

Anyway! Uta did amazingly well in her first triathlon, placing 2nd in the sprint tri in her age group and of course, killing everyone on the run. I was so proud of her and can you imagine how fast she will be when she does more than 5 bike rides and a few swims to prepare for a race?;)

Next up, I'm leaving Boulder in 3 wks and heading to Kona to support some of my sponsors, do a training camp on the Big Island, and watch the Ironman World Championships. I'll head back to San Diego from Boulder mid October, and then get ready for another triathlon or two (still to be determined pending my hamstring), and the World 6hr TimeTrial Championships in Borrego Springs on November 5th. 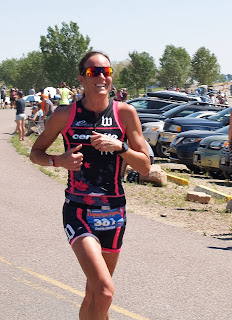 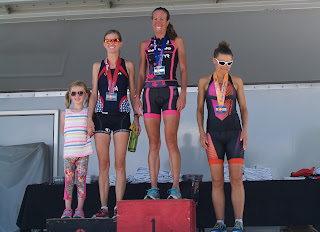 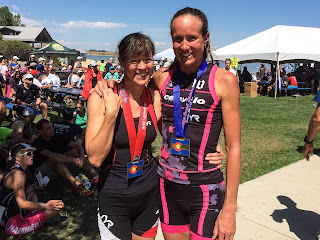 Posted by Unknown at 5:13 PM No comments:

Congrats to Amy Quirion from Boulder on the win and Sally Wang from Taiwan on taking 3rd. 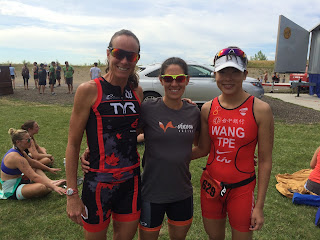 Posted by Unknown at 2:31 PM No comments:

Back in Boulder for the Summer!


Let's see, what have I been up to since my last blog post back in....ahem....January? It's been a busy winter and spring of training, rehabbing a hamstring injury, expanding my coaching business (https://www.facebook.com/DieselEnduranceCoaching/?ref=aymt_homepage_panel), doing photo shoots for my triathlon race kit and clothing sponsor, Wattie Ink, and then two weeks ago driving from San Diego to Boulder for the summer.

Boulder is my favorite place in the world to train, and this will be my fourth summer here. I'm back training with the JD Crew and my coach Julie Dibens, getting used to the altitude, and getting ready for a great summer of training and racing. It's already been an awesome couple of weeks of riding in the mountains (pedaling alongside Tyler Hamilton for about 30 seconds last Wednesday), running on my favorite endless trails, and back swimming at Rally Sport where Julie's workouts leave me barely able to crawl out of the pool by the time practice is over. Hopefully this will improve when I get used to the altitude....that's my excuse for now anyway.;-)

Onwards and Upwards to a great summer ahead!

Posted by Unknown at 5:47 PM No comments:

I'd like to thank all of my returning sponsors for 2016 : Cervelo, First Endurance, TYR, Wattie Ink, SRAM and Saucony. I'm especially excited to be riding SRAM eTap wireless on my Cervelo P3 this season. I've been waiting for this for a long time and it will make changing gears soooo much easier! Here's to a great 2016! 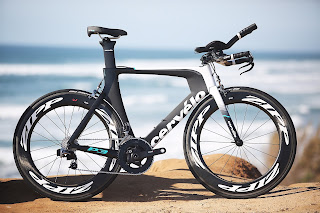 Posted by Unknown at 4:02 PM No comments: